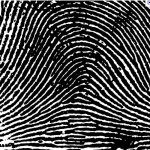 Did YOU ever ask yourself, why am I here? The real ‘here’, not just geography. You know, that ‘what’s my reason for being question’… Hmm? This is a tale of two men who wanted that question answered in a bigger way.

Recently I had a blast reading for different powerhouse men in the entertainment world with a curious connection. It’s a peek inside I just have to share with you!  After all, these particular readings caught the attention of some interested parties and their stories are on their way to a bigger platform.  I’ll keep you posted on where and when to tune in if you want more after this taste…

Are you just a little bit curious, hmm?  It’s starts like this.  One of my favorite clients, who’s become a friend, did an interview about his career recently.  The interviewer’s comments to me about him made me curious, so I asked him if he wanted to know his Life Purpose (those prints on your fingertips tell a major tale, folks).  Funny thing is, he did because he’s making a big life change. He’s been the Assistant Director on Entourage, that HBO favorite, for years as well as a little show called Weeds, plus a number of movies with names like Fugitive and Crazy/Beautiful.  Lately he’s been trying his hand at Directing.

I started the research for his reading when another intriguing man occurred to me.  A long time friend, similar to the first in that he was also moving into Directing from his successful career producing.  Working on shows like Psych, NCIS and Gossip Girl to name a few.  I invited him to do his Life Purpose reading with me as well.  Who can resist, right?  Particularly with this corner he is turning in his career.

Meanwhile, I finish the readings on both men and reviewed them.  Then I go back over them again.  Fascinating to see – they both have the same Life Lesson.  That’s the lowest ranking print on our fingertips.  There are four basic types that correspond to earth, air, fire and water just like in the heart line and head line.  We look to see which fingers on which hand have the highest-ranking print and which have the lowest.  The highest-ranking fingers give you your Life Purpose, what you came here to achieve.  The lowest ranking fingerprint(s) gives you the Life Lesson or where you struggle in order to learn what you need to fulfill your Life Purpose.

Now these two men had the same Life Lesson, but vastly different Life Purposes.  One has to carry the responsibility of things coming easily to him, achieving with a streamlined path that keeps moving him up.  The other has the struggle of wrestling with enormous challenges internally while he fights for every inch of forward movement.  Here’s where it got fascinating, though.  The one who has it easy, his Life Purpose is closer to Oscar Schindler, the successful industrialist who saved so many Jews leveraging his factory as their salvation.  His career success is merely a stepping-stone to his purpose, which was to assist mankind.

The one who has it easy, has it easy because of what that success is meant for.  Ultimately he won’t be remembered for his work in the material world as much as for his contribution to Mankind.   While the one who sweats it out by inches, his Life Purpose actually has SUCCESS wired into it.  He’s here to tell a big story and succeed at telling it, because the story itself is healing to Mankind. One succeeds big with telling the story to help the world, one succeeds with helping the world because he told stories!   Whew, I can’t make this stuff up – that’s what is there on their hands!

This shared Life Lesson – has everything to do with integrity and responsibility.  It’s not just what they do, it’s how they do it every day that helps them both accomplish what they came here to do.   I love how our Life Lesson offers such support for our Purpose.  When we see it in that context, those lousy days and mind-numbing chores feel so much more, well, bearable for the one who struggles.  It’s noble effort even that gives him the muscle to get that big story out there.  Each one of those tasks when tackled are all a grand staircase leading right up to the pinnacle of success he is here to see happen.

The one who had it easy, well he was responsible all along the way for mentoring and teaching countless people who came in contact with him.  He often expresses his joy in that every bit as much as the creative or administrative end of his work.  So do the people who work with him, I know.  I’ve met some of them…Actually I’ve met people that worked with both men and they all express a great deal of affection along with respect.  It’s satisfying to see good men rewarded in an industry where some creative tyrants are tolerated for their genius contributions.  These good men, kind men, funny men wear their power well, which is always satisfying to see, especially where it isn’t required and yet is still offered up.

These two men have destinies that tell a story that connects them in curious ways.  It is not impossible that they may compete for the same job.  After all, it’s a small industry.  Yet the outcome to that competition would have so little to do with the job itself.

Really what is at stake here is knowing that any success serves the one and any failure serves the other.  What does that mean?

The one who’s Life Purpose is success really can’t escape his destiny.  He will succeed, no matter if he loses an individual contest.  And the one who succeeds so easily?  Well, those accomplishments are a solid foundation that ultimately benefits the greater good and will be used to give back to the world at large.  Now you know why I love this work! I have more stories to tell unfolding as we speak… Employee #85 at Yahoo who retired in his early 30’s only to come back to work when it was play and what he has in common with an Emmy award winning producer who has made camp her mission in life. It’s so interesting to see where we connect and in such fun ways! I’ll keep you posted.

Lisa Greenfield / About Author
Lisa Greenfield is the Founder and Chief of TruthinHand.com. She helps achievers shift limiting behaviors so you can experience more love and success without painfully repeating outgrown patterns.

She brings a lifetime of experience, well over 20,000 people from around the globe. Her readings include iconic film stars, rock stars, international CEO’s, television personalities and people just like you. Lisa’s unparalleled history in intuitive readings goes to work to reveal your untapped potential and rich personal resources that help get you into the life you were meant to live.
More posts by Lisa Greenfield

Fascinating! I love this stuff. Now I’m dying to find out MY life purpose!

This site uses Akismet to reduce spam. Learn how your comment data is processed.